EXCERPT: Marsalis’s love of the music of Bach, Beethoven, Mozart, and others drove him to pursue a career in classical music as well as a prolific and inventive composer. From dance, to classical, to standard, Marsalis’s music connects and reconnects audiences to the spirit of dance and the soul of American culture. Wynton Marsalis has won nine Grammy Awards®. In 1983 he became the only artist ever to win Grammy Awards® for both jazz and classical records; and he repeated the distinction by winning jazz and classical Grammy Awards® again in 1984. Marsalis went on to win Grammy Awards® for five consecutive years (1983-1987). In 1997, his oratorio on slavery and freedom, Blood on the Fields, became the first and, to date, only jazz composition to win the Pulitzer Prize in music. In addition to being recognized by the music industry, honorary degrees have been conferred upon him by over 30 of America’s leading academic institutions and he has received international awards from the Netherlands, Spain, France, and Great Britain. One of Marsalis’s main goals is to continue to spread his message of jazz—and life—into the educational classrooms of today’s students. Marsalis is currently the Managing and Artistic Director for Jazz at Lincoln Center. 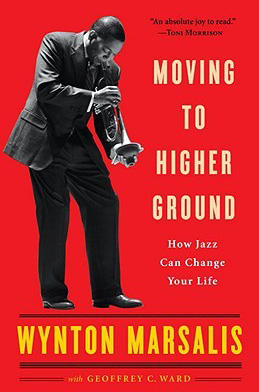 “Wynton Marsalis is absolutely the one to write this book. Here he is as young as morning, as fresh as dew, and already called one of the jazz greats. He is not only a seer and an exemplary musician, but a poet as well. He informs us that jazz was created, among other things, to expose the hypocrisy and absurdity of racism and other ignorances in our country. Poetry was given to human beings for the same reason – [This book] is an absolute joy to read.”
– Maya Angelou 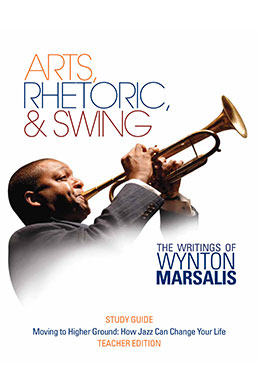 “This beautifully written teachers' guide provides ready-to-use discussion points and essay questions along with clearly identified standards and terms. It makes me wish I were a student once again, learning the incredible connections between the arts, coming alive for the first time to the pulse of life in jazz and the written word.”
–Nancy Nestor-Baker PhD
The Ohio State University College of Education and Human Ecology